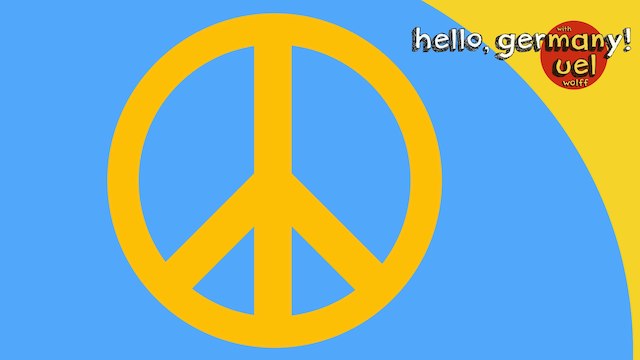 Time for another episode of „hello, germany!“ and this time we tackle the seemingly impossible task of achieving world peace. But call me crazy, it can be done and it starts with you!

Now jst to clear up, in Germany September 1st ist „Weltfriedenstag„, the „International day of peace“ is September 21st. Oh well, does it matter? Every day is world peace day!

Now if you want to take it a step further, simply do some nice things. Say „thank you“ and „please“, hold open a door, leave a nice comment on youtube, anything, may it be as small and worthless as you can imagine, if you do something good, no matter if the person deserves it or not or doesn’t even take notice, it will make the world just a little tiny bit better.